Episode name in English: Wind Raiser. Second Season. This is easily my favorite episode of the entire Mushishi Series.

Episode Plot: Ibuki has the power to summon the Torikaze (Wind Bird Mushi). He whistles to summon them should he want wind for the sailboat he works for. Ginko, a passenger at the time, is in awe of the boy’s talent. But he warns him never to use his whistle at night.

Ibuki is the family breadwinner. He works hard and eventually gets praised by his senior. As they prepare for their next stop, Ibuki’s town, he buys a gift for his mother. One night, he unconsciously whistles in excitement. He summons something else instead. The Yobiko (snake-like mushi) can bore holes on surfaces and can weaken people with frail constitutions. Their ship sinks in the night but everyone survives.

Ibuki’s mother is nonchalant and is even mildly surprised that he “made it out alive.” Without missing a beat, she asks for the status of his job and wonders how they will pay for the family expenses. When Ibuki gives her his gift, she immediately asks that he pawn it.

The Yobiko eventually follow Ibuki home, making his mother sick. Ginko clears the mushi with his own special whistle. When he meets Ibuki, he reprimands him of what he’s done and warns not to whistle at night again. As Ginko and Adashino leave, Ginko notices the Yobiko crawling back to Ibuki’s place. Ginko tells Ibuki not to abuse his gift and advises him to summon the Torikaze at dawn where they can eat the Yobiko that’s plaguing his home.

Ibuki does call the bird Mushi but in a different tune. The Torikaze arrive in such a strong force that it destroys Ibuki’s house. He leaves his village, never coming back, and focuses on his life and work as a sailor.

It isn’t explicitly said that he’s adopted or if his father remarried. At their first meeting in the episode, his mother refers to him as Ibuki-san. “San” suggests formality, respect, and acquaintance. A level of courteous distance is implied. It’s a usual custom but not all-encompassing. There are certainly instances in Japanese culture where parents can be overly polite even to their own children. Ibuki’s mother’s demeanor certainly is one that is detached and unconcerned. But it contrasts with her playful attitude towards the two younger siblings. I suppose that is why viewers/readers assume they are unrelated by blood.

What’s bad is that we make it an issue. I believe when we are presented with roles as guardians/parents, no matter how the circumstances may arise, that we need to uphold it. No parent/guardian has the right to produce or raise children when the offspring do the labor. Furthermore, Ibuki is deeply unappreciated.

The most famous stepmother is that of Cinderella. There is a recurring theme here: blood over anything/everything else.

Just yesterday, I watched a YouTube documentary(1) of a person I admire, Terre Thaemlitz(2). One section introduced her work of his called Admit It’s Killing You (And Leave)(3). In the essay visual presentation, Thaemlitz argues two thoughts: rearing a child is unethical and that democracy in impossible in a family. By unethical, Theamlitz provides two interpretations: that child-bearing is more biology than ethics; that child-bearing is “unethical as in wrong.” The absence of democracy in a family also makes sense biologically. But it’s inhumane. I can relate to this so much. And Episode 8 perfectly embodies this. In a proper society, one in which policy and decision making are devoid of emotion, Ibuki being the breadwinner essentially should have made him the leader.

Could we blame it on Ibuki and regard it as weakness on his part? I do not think so. Not when there are adults practically everywhere, surrounding him with the capacity to guide and advice him.

He may be the breadwinner, he may work, that doesn’t mean he has emotional maturity which, I think, we develop for the rest of our lives. In researching for this, I stumbled upon an argument (which I perceive as weak)(4). I believe handling emotions is as amorphous as the emotions themselves. It certainly could me more nebulous with children/young people.

Which is also why I believe that Ginko, good his intentions may have been, wasn’t wholly correct to lecture Ibuki one-sidedly. Sadly, I do not believe that there was any angle in which Ginko could have argued other than how he handled it.

After the incident, Ginko gently reprimands Ibuki. Ibuki explains head down and in a dejected manner. I interpret it as another adult getting mad at him for little reason. Ginko did warn him in the beginning of the episode, true. But we must understand this is still a stranger’s advice. I’m a fan of talking to strangers for sure but whether newly acquainted or close, advice and warnings are simply just words.

When the Yobiko comes back, Ginko confronts Ibuki again. He starts his monologue on how with great power comes great responsibility. Again, Ginko does not know the emotional history and complications behind Ibuki and his family. Nor should he have reason to know. Naturally, Ibuki responds in the only logical way: by thinking that nobody around him truly understands.

We can see that Ibuki did not pawn his gift he intended to give to his mother. This gives further weight for Ibuki’s longing for love and approval.

The boiling point comes when his father scolds him for whistling at dawn, calling him “an ungrateful wretch.”

Here I pity and begin to wonder how his parents could be so hateful. What experiences in their life journeys could have resulted them in becoming assholes?

Ginko’s reprimand, his father’s scolding. Both are, in Ibuki’s POV, out of context. I do not blame him for leaving. I believe he called the Torikaze with a “strong command” thereby destroying their house (in spectacular fashion I might add!).

It’s a great symbolism for completely and bravely letting go or everything that has been burdening him. After which, he goes back to being a sailor, the only aspect of his life that makes him smile.

I said in the beginning that this is my favorite episode in all of the episodes, and all of the seasons of Mushishi.

That’s because I am Ibuki. I do not believe that I deserve the current treatment of my parents towards me. They’re not as harsh as Ibuki’s parents for sure, but I need to take Ibuki’s steps and leave this place when I can no longer take it anymore. This pandemic is a hindrance for sure. For now, I just have to be patient. 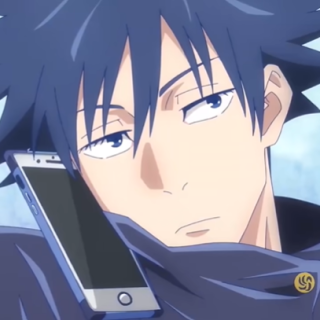